In this Article (Click to skip to that topic):

Hadoop: Whats the buzz around it?

Hadoop is an open source software platform with utilities or tools, for distributed storage and distributed processing on very large files and datasets, performed on several computer

I agree if it doesnt make complete sense yet. Lets break it down.

Example: Lets say we got employee information of millions of people working in Google, Amazon , Facebook and we have to combine all their information and remake the list in decreasing order of salary.

To load such big data into one normal computer and perform operations on it, making the computer to process each every employee, will either make computer to burst out like a SpaceX rocket or take a lo…ng time to process that our next generation have to see the output!

If we alloted this data to several computers, each computer processing a small piece of it, it gives fast output without the overload of processing huge data.

This is what Hadoop does,

distributed storage-The huge data is distributed to several computers and is stored there.

In short, Hadoop has tools to store, process this big data giving us the expected results.

Lets see how exactly Big Data is handled in Hadoop!

Hadoop has many components, each has its own purpose and functions.(Kind of like each hero in Endgame has their own movie.) 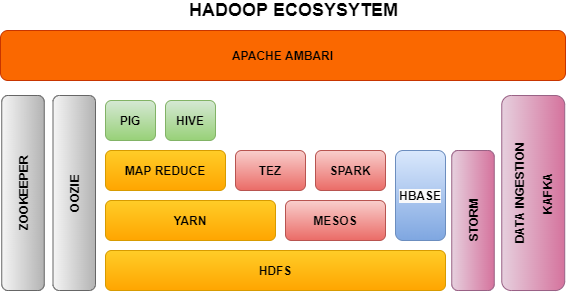 HDFS, YARN and MapReduce belong to core Hadoop Ecosystem while others were added later on to solve specific problems. Lets explore each one of them, one by one.

Lets say we have a huge chunks of potato(Big data) with us and we wish to make French fries, Chips and Nuggets.

Lets explore in more detail about each component.

As it says, it distributes the big file across many computers as follows:

YARN: Yet Another Resource Negotiator

In a way, like how Operating System allots resources to a computer, YARN allocates resources in Hadoop.

So we got data in HDFS, resources allocated from YARN. Now how to make get our desired results from this? We code using MapReduce.

MapReduce has two functions: Mappers and Reducers. Here python or java programming is used to code those functions.Its overall, a programming model to process and compute across the data. 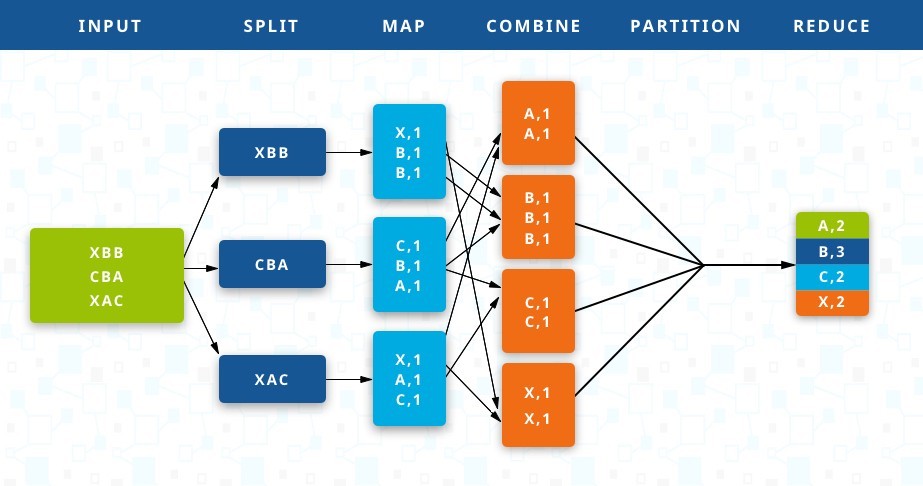 As input gets in, mapper transforms data one by one and organizes according to the output we desire.

The reducer, reduces the mapper output to the aggregated form which we require as output.

Pig : A fast and easy alternative to MapReduce

- Pig Latin, `a scripting language`, uses SQL like syntax, forming relationship, selecting a data, filtering it, transforming it etc. Contains `User defined functions` to help us create our own functions. - Not all business problems can be solved by converting to mappers and reducers form. So Pig Latin sitting on top of MapReduce, converts our Pig Latin script into map reduce form. - Pig script can be run by either of the 3 below: - Grunt(Command Line Interpreter) - Script(place the script in file and running it) - Ambari (Directly from Pig View) 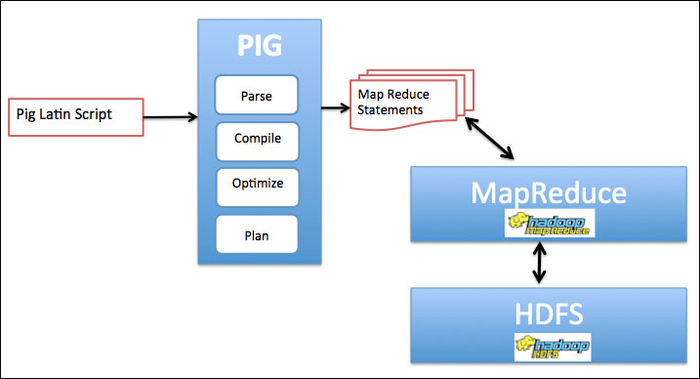 - We might wonder if using pig on top of mapreduce might increase latency. Tez is present in between them, to optimize and make it 10x faster. 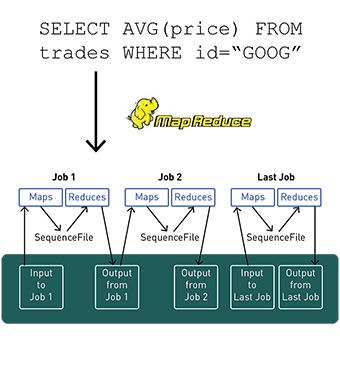 As you can observe,the queries used are same as SQL queries.

- Its pretty much a web interface to graphically interact with the cluster and its usage. - It gives us a high-level view of your cluster, what’s running, what system you are using, what resources are available/in use. - It shows statistics about the cluster like CPU Usage,Memory Usage,Network Usage, Cluster load etc. - All services like HDFS, YARN etc can be used on a cluster using Ambari. - Even Hadoop can be installed using Ambari. 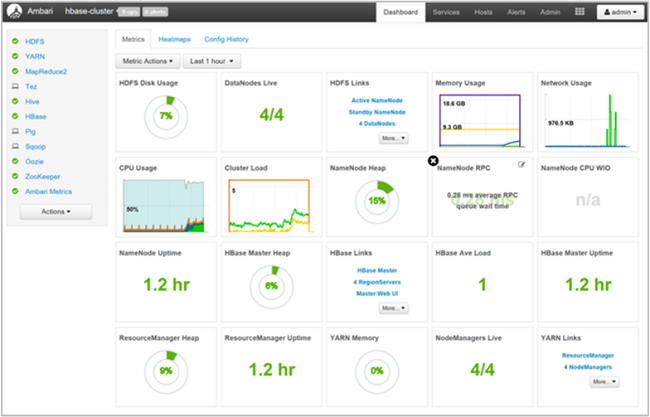 Mesos: An Alternative to YARN

Spark uses a specialized fundamental data structure known as RDD (Resilient Distributed Datasets).Its an object representing dataset and we can perform operations on that object just like in java.

- Co-ordinates everything on cluster. Like which is the master node, task assigned for each worker node, which node is up and which is down and which worker nodes are available etc. - If a master node dies, it chooses who the next master should be. _Example_:This phenomenon can be observed in whatsapp groups or in videocalls where if the host leaves the group, someone else is assigned as the next host.

Outside Hadoop EcoSystem, we can have databases to store the data and Query Engines to get input data to the cluster. Lets have a look at them!

So how do you get data into the cluster? Sqoop,Flume and Kafka help with this via data ingestion.

Flume: Another way of sending data into cluster and it acts as a buffer between the data coming in and storing, so that cluster wont go down with overwhelming data coming in realtime.

Kafka: This is more a general publisher/subscriber model where the publishers send/produce data as topics which are subscribed by consumers.

Cassandra : Its a NoSQL columnar database with no single point of failure. It favours availability and partial- tolerance in CAP theorem.

MongoDB : A NoSQL database which uses document model. Its used when we deal with huge data and its pretty flexible. 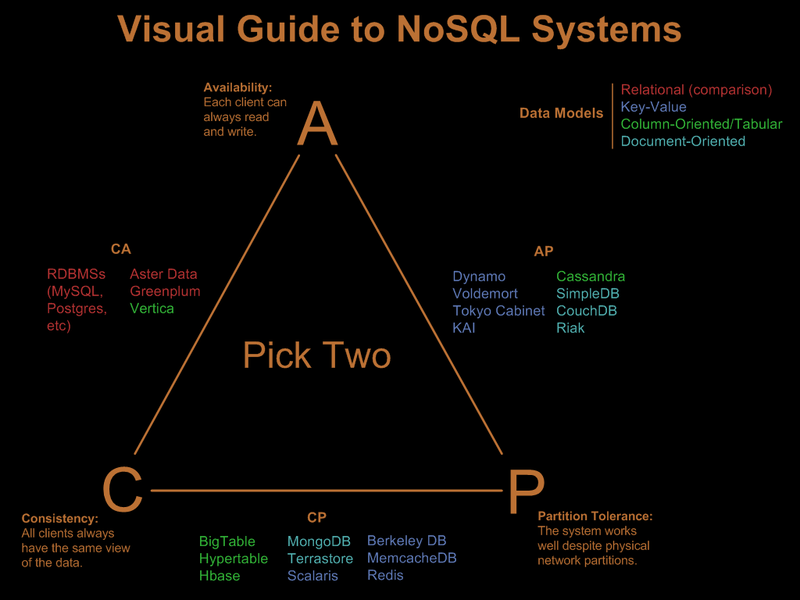 All these are interactive query engines to fetch required data from databases under them like Hbase, Cassandra etc.

It might be overwhelming to see many components doing the same work.Ultimately based on the task and the type of database(whether its relational or non structered data etc) and other factors, we need to decide the right component and utilize it and it comes with knowledge of the components,practice and experience.

Hope you had fun learning Hadoop, i for one certainly had fun sharing about it!!

Great to have you here, lets get back for the next post and explore more!

Have an amazing day!

In this Article (Click to skip to that topic): Blend: How to Combine 2 Images? Draw Shapes & Text on Image Draw a Polygon Blur an image…